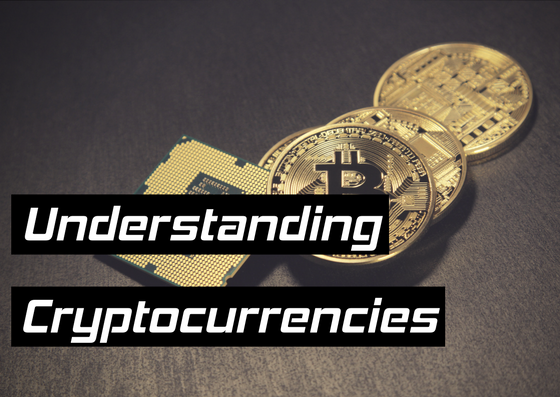 Cryptocurrency – Everything You Need to Know

I am sure by now most everyone has heard of Bitcoin, the most popular cryptocurrency.

Most people don’t take the time to learn about Bitcoin after hearing all the complicated techie jargon, such as blockchain and distributed computing. It’s confusing, I get it! That is why I am going to outline some tips to help you grasp Bitcoin and other cryptocurrencies. I will elaborate on each topic as the weeks go by so send in your questions! I will make sure to include them in the future articles!

Where did cryptocurrency start?

Cryptocurrency has been around since the 1980’s believe it or not. The most famous, Bitcoin, was created in 2009. In 1983, David Chaum designed an electronic cash system called DigiCash that was based on cryptographic algorithms. In 1997, Adam Back created HashCash that used the proof-of-work scheme to prevent email spam. And in 1998, b-money and bit gold were released by Wei Dai and Nick Szabo.

What types of Cryptocurrencies are there

The list of firms that accept Bitcoin is constantly growing: Dell, Microsoft, Virgin Galactic, and Tesla are just a few that accept Bitcoin as payment. Some smaller ones that accept it are Etsy, WordPress, Wikipedia, and the Grass Hill Alpacas farm. Several non-profit charities also use Bitcoin in order to make donating easier.

The Value of Each Cryptocurrency Is Determined by Supply and Demand

Bitcoin price is deflationary but supply inflationary. Deflationary means to cause economic deflation, inflationary means to cause economic inflation. The reason that Bitcoin allows investors to hedge the expansionary monetary policies is that the demand for Bitcoin is growing at a pace that is higher than the increase in the supply of Bitcoin. The supply does not change, which is why the demand can directly correlate to the price. But also, one cryptocurrency increasing or decreasing in demand does not directly reflect another. They are independent of each other, such as the supply of gold does not reflect the supply of silver.

There Are Several Easy Ways to Store Bitcoin

Bitcoin can be stored two ways: hot and cold.

Economic Theory Dictates that Cryptocurrencies Are Not “Money”

All Cryptocurrencies Rely on the Internet

A huge setback of cryptocurrency is that it relies on internet, electricity, and hardware devices. Bitcoin cannot function without internet. If all nodes loose access to the internet, the speed of broadcasting a transaction across the network would decline steeply. It would result in more errors and a huge decline in a list of recent transactions, which would result in inaccuracies in the supply of Bitcoin.

Bitcoin can be a great way to make money! Here’s a look, A guy named David bought 5,000 bitcoins in 2009 for $27, now worth $886,000+. Now as you do your research online you will see there are many ways to make money with Bitcoin. And some a very risky. Xcoins is a great way to get started with minimal worry! Check out this video here on how it works by CLICKING HERE! Its easy, Xcoins is a marketplace that allows people to buy bitcoin through PayPal or credit cards. And the cool thing is Xcoin users will pay you 15% to buy your bitcoins. And you can even sign up for Xcoins using this link.

Now you might be curious as to where would you find bitcoins to sell to Xcoin users and make you 15%. Well, that’s where Coinbase comes into play as explained in the video. Coinbase is a digital currency wallet and platform where merchants and consumers can transact with new digital currencies like bitcoin, ethereum, and litecoin. So, in short, you go to coinbase, buy your bitcoins, move them to Xcoins and sell them and make 15% by just clicking your mouse. You can sign up for coinbase by CLICKING HERE and they will give you $10 in free bitcoins and I get $10 in free bitcoins for inviting you.

Even if all of this does not make sense yet, simply sign up and get your free $10 worth of bitcoin that might be worth a million dollars one day! Also for those Investors that are really curious and are interested in trading some of the over two thousand cryptocurrencies in the world, we are going to be launching a Cryptocurrency trading program in March!

Want to start a business? Unsure of how much it will cost? Get our Business Startup Costs Freebie and sign up for our newsletter to get updates on business tips and advice!